At our Dark Skies event on 24th April 2015, you can also hear Andy Burns, expert on the Herschel Family, talk about their massive contribution to astronomy. William Frederick Herschel (1738–1822) must be placed in the top ten of anyone’s list of the world’s great astronomers, for two main reasons.

First, about 200 years ago, he almost single-handedly transformed astronomy from the restricted study of our near neighbourhood—the Sun and its attendant family of planets—into a consideration of the much more distant stellar and nebular universe and essentially the cosmos as a whole. Second, he did this by building and using his own telescopes. Needless to say, these were not just any old telescopes. They were a succession of the most optically precise telescopes of the day. These instruments were
much better than the prized instruments of the national observatories such as those at Greenwich and Paris. Herschel thus revealed that some stars that were seen as confused blobs in other instruments were actually double stars, many of which were orbiting their common centre of mass. He also transformed the contemporary view of the sky’s nebulous objects. At the time, many perceived them as mere hindrances to the more important task of discovering new comets. Herschel made them bodies worthy of a lifetime of study—places of possible star formation and even remote galaxies just like ours. 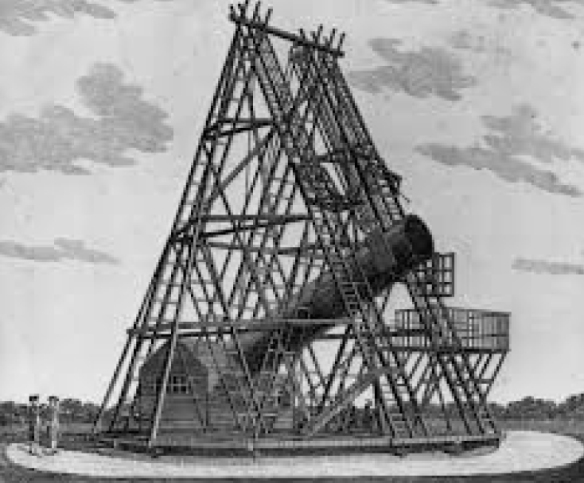